Thanksgiving is Thursday, and even at the best of times, it can be a seething crucible of potential political strife. Every year, newspapers around the country opine about ways to avoid political conflict with distant (and sometimes near) relations, and to keep the holiday cool, and calm, and genial for all involved.

Two years ago in The Houston Chronicle, for example, blogger Marty Troyer offered some ways to eat the turkey and not each other. He encouraged us to be gracious with people’s blind spots, be civil, apologize and forgive. He even mentioned the Institute’s definition of civility, which he tells us is not the same as letting anyone run all over you. We couldn’t agree more. 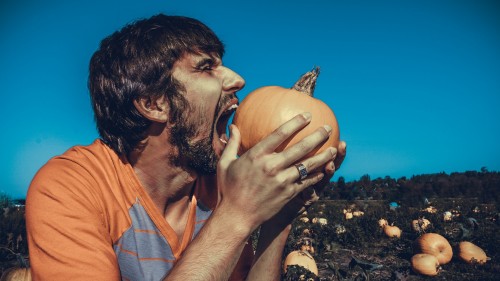 Especially this year – in the midst of a presidential election cycle and a whole host of dicey (but exigent) policy issues – it seems important to spend some time considering the civility challenges Thanksgiving poses. So before you’re faced with a houseful of guests whom you love – and with whom you vigorously disagree – here are five civility strategies you might consider for having those political conversations, but not letting them divide you.

The 70/30 rule actually comes from union organizing and sales. Its premise is that people like to talk about themselves, and their own words tend to be the ones they find most compelling. Therefore, the rule goes, in persuasive conversations you should be doing about thirty percent of the talking, and your partner should be doing about seventy percent.

Now a conversation at the Thanksgiving table is probably not going to be of the persuading sort. You’re not agitating. And we hope you’re not trying to get your distant cousin twice removed to buy something. But the general principle, and the ratio, still apply.

By hanging back in the conversation, by letting your partner talk and by actively listening, you’re accomplishing an important task: you’re making them feel valued. You’re putting your conversation partner at his or her ease; you’re demonstrating that conversation – not just pontification – is important to you; and you’re creating a situation where, when it is your turn to talk, your partner will likely be better prepared to listen.

You may think that your relative or family friend is dead wrong. That’s okay. Recall that civility is about both claiming and caring for your beliefs, and letting other people do the same. When everybody at the table – not just the ones whose ideologies align – are comfortable talking, you’re setting yourself up not just for a more civil conversation, but for a more fruitful one, too.

Consider the context for relatives’ beliefs.

It’s hard to unlearn prejudice. That’s the goal. It should be everybody’s goal. But people are often at very different stages in that process, and when people hold prejudiced views, the issue is often not a moral failing, but a matter of the context in which they currently live, or have lived previously.

For example, if someone at your Thanksgiving table should express the view that unemployment is a function of laziness – that’s a prejudice. It paints a significant part of the population – the unemployed – with a broad brush. It makes the dual assumption that the unemployed are a homogeneous group, and that their existence is easily explained and can be reduced to one root cause.

But the fact of the matter is that prejudices come from somewhere: from a lived experience or from the absence of one. It is possible, for example, that your Thanksgiving guest might hold a view like this because they don’t know a lot of people who are unemployed – because unlike you, they haven’t seen their friends struggle for months to find work. Or it’s possible that they might hold this view because they have known people who are unemployed, and based on the too-small sample size that their experience yields them, have generalized about the population at large.

In either case, this isn’t the end of a conversation, but the beginning of one. If the goal of your holiday conversations is not to reduce interactions to pleasantries but to have them be broad-reaching and edifying to everybody, (gently) probing the sources of your partners’ prejudices might be a good strategy. You might help them learn a little bit of nuance. And – given that prejudice cuts in all directions – they might help you learn some nuance, too.

Decide ahead which issues you can let slide (and which you can’t).

This idea is simple. You may have strong convictions about a lot of things, but you’re neither the morality nor the ideology police. When your great uncle at the other end of the table says that gay marriage is a communist plot, or when your second cousin says that we should ban all guns – no exceptions! – it’s not necessarily your business. Yes, either or both may be wrong in your eyes. But are your relatives so wrong, or so in danger of getting their way as a matter of policy, that you need to end all the conversations going on, civil or not, in order to confront them?

The answer is maybe, but probably not.

Clearly, going into every ideologically heterogeneous situation, there are going to be vigorous disagreements. But one thing you might consider, preferably ahead of time, is which of those disagreements are worth your time and effort to confront at a basically non-political gathering, and which to let slide.

You might, for example, decide to reserve a civil conversation on matters political for one or two sore points that hit particularly close to home, and as to the rest: how about that football? Or you might, after careful consideration, decide that your Thanksgiving shouldn’t be quite so non-political after all.

Either way, it’s best to decide ahead of time. The better you plan, the less likely you are to stew when confronted with something unexpected.

The personal is political, but maybe not at Thanksgiving.

There is an adage, undoubtedly true, that the personal is political. If you look at the Institute’s definition of civility, you’ll see that right up there at the top is the need to claim one’s identity, and respect other people who want to do the same. But identity politics is like canned cranberry sauce at Thanksgiving: sticky, and probably better to avoid.

This can mean two things. The first part is that when your parents’ family friend who you haven’t seen in a decade makes an insensitive remark about liberals, or Tea-Party types, or gays, or bankers – assume that they don’t mean you. Like we said above, people are full of prejudices. And if we look at those prejudices’ context rather than taking them personally, we’re more likely to have a better conversation.

The second part of this – and this is important – is to avoid ad hominem responses. No, your niece isn’t pro-life because she’s ignorant. And that guy from your brother’s office doesn’t want higher corporate taxes because he’s drunk the Sanders Kool-Aid. Just like your identity, needs, and beliefs are nuanced, so too are theirs. And making assumptions about your table-mates – and especially voicing those assumptions – is a formula for divisiveness first and foremost.

We mean deescalate in the technical sense. Given how fraught Thanksgiving can be, you may want to make sure that your tone, your body language, and your vocabulary all say that you’re looking to talk, not yell, and certainly not fight. You might even want to have a look here at some of the deescalation techniques recommended by the National Association of Social Workers. Appearing calm and refraining from finger-wagging seem particularly relevant in a Thanksgiving context. And being judgmental is definitely a step in the wrong direction.

But in a broader sense, when we say deescalate we mean pretty much all of the other steps above. Thanksgiving – and the whole holiday season – is often a source of anxiety for people. It’s one of the few situations where we’re forced to spend significant time with people who are family (and therefore with whom we have inextricable ties), but with whom we are not necessarily close.

This means that for many people, it feels like an exercise in being judged. And for some people, it’s the one opportunity per year to change people’s minds.

Neither of these is necessarily a healthy approach to the holiday. But we can make it better. By following the steps above – by listening more than we talk, by trying to understand where people come from, by deciding which parts of our politics we can just let go, and by not taking things so personally – we put ourselves in a position to have conversations rather than arguments, and to stake out a little bit of space at the table where we can be who we are, and accept that our relatives don’t necessarily share our values and beliefs.

Acceptance, here, is key. Thanksgiving comes but once a year, and one day is in no way enough time to change our relatives’ hearts and minds. So setting that aside as best we can and instead exploring the humanity behind the political positions seems like a fruitful next best thing. By doing so, we may learn nuance. And we may even sow the seeds of change.

3 thoughts on “Five Civility Considerations for a Better Thanksgiving”