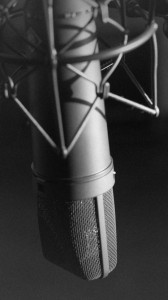 Ordinarily, this is not a venue where — we hope — one expects to find celebrity news. But from the perspective of civility, Alec Baldwin’s new piece in New York Magazine, “Good-Bye, Public Life,” is worthy of special consideration. In it, Baldwin offers a firsthand account of the very real decline in civility when it comes to how we interact with public figures — with actors, members of the media, and politicians. While at the same time, he demonstrates the way in which incivility is virulent, taking root even — or perhaps especially — in the author himself.

Baldwin is most insightful when it comes to the adversarial stew that has him, in his words, done with it — with being a public figure beyond the work you are actually paid for. Now, he says, everyone has a camera in their pocket. It is a culture of predatory photographers and gossip sites where folks get paid to taunt you and catch you doing embarrassing things. It is a culture where anything good you do is tossed in a pit, and you are measured by who you are on your worst day.

What’s the Boy Scout code? Trustworthy. Loyal. Helpful. Friendly. Courteous. Kind. Obedient. Cheerful. Thrifty. Brave. Clean. Reverent. I might be all of those things, at certain moments. But people suspect that whatever good you do, you are faking. You’re that guy. You’re that guy that says this. There is a core of outlets that are pushing these stories out.

But though Baldwin eloquently diagnoses the problem, he cannot diagnose himself. And by turns, he propagates many of the uncivil discourses he decries, as well as some of those uncivil behaviors for which he, in his own words, has been vilified.

Baldwin is quick to publicize the shortcomings of others. Harvey Levin, founder of TMZ.com, has little regard for the truth. Rachel Maddow is a phony who doesn’t have the same passion for the truth off-camera that she seems to have on the air. Shia LeBeouf is sulky, resentful, and — in rehearsals for the play Orphans — attacked me in front of everyone. And the liberal and conservative media are now precisely equivalent, at least insofar as they are both able to produce only tripe.

He is careless with his words. In the same breath that he laments having been labeled a homophobic bigot, he calls one person he met through an LGBT advocacy group in Hawaii an F-to-M tranny. This despite the fact that the term is widely regarded as offensive — equivalent to racial slurs used against people of color (for more consideration of the t word, see this piece in The Advocate, published just days before Baldwin’s).

And he is quick to believe that he is being wrongly persecuted. For him, journalists Andrew Sullivan and Anderson Cooper are the Gay Department of Justice, harrying him with the help of GLAAD and TMZ’s Harvey Levin for the mere crime of having made a series of actual anti-gay slurs, one of which may, according to Baldwin, have sounded like “faggot”—but wasn’t.

The issue with Baldwin’s essay is that even as it is implicitly a plea for civility, framed as an indictment of the increasingly toxic popular culture that is driving basically good guys like him away, it misses the civility mark itself. Baldwin is good at claiming and caring for his own identity, needs and beliefs. He identifies some serious issues, at least as they pertain to him. But he cannot quite manage to do so without degrading someone else’s in the process.

Alec Baldwin is right as far as it goes: the heart, the arteries of the country are now clogged with hate. The fuel of American political life is hatred. And the media, liberal and conservative, often masquerades as Hate Incorporated. But “Good-Bye, Public Life” does little to ameliorate the problem. And in parts, it does quite a lot to aggravate it.