Regardless of which political party wins, every inauguration brings with it new hope, new possibilities, and renewed calls for unity and civility, along with a dose of skepticism and displeasure from those among the losing party.  The proportion of hope to skepticism and/or outright resentment may vary from administration to administration, but these are the realities of the dynamic that is ours in the United States.

While the calls for unity stretch back decades, the calls for civility have grown louder in the last twenty years or so.  When the Institute was first launched in 1998, no one else was talking about civility at the grassroots level.  It was not on anyone’s radar.  There was little understanding, appreciation, or awareness of what a critical element it is to our lives in community or to the functioning of a healthy democracy.  Many simply took for granted that civility would always be a prevalent value in our society.

As the years have gone by and civility has steadily eroded at all levels of society, concern has grown.  Other organizations besides our own have popped up all over the country.  From local initiatives to national ones, people have sought to prop up this failing element and renew its application virtually everywhere – from homes, to schools, businesses, sports, government and beyond.

Even as the calls for civility have grown louder, so has the pushback to those calls.  Many arguments and discussions have played out in person, in meetings, and in editorials and articles about whether “civility” is really important or even good for a healthy democracy, with many claiming that it is merely a tool to promote political correctness while quelling free speech.

Sharing a common understanding of exactly what civility means seems a good place to start in addressing at least some of these frictions.  The Institute defines civility as “claiming and caring for one’s identity, needs, and beliefs without degrading someone else’s in the process.”  That may sound deceptively simple.  It allows for respect of differences and appreciation for diversity.  And when differences of opinion occur, it takes hard work.

The events of January 6th in this country and the necessity of massive security on January 20th sharply illustrate that the peaceful transfer of power, once a trusted hallmark of this country, cannot be taken for granted.  If civility is valued as anything, it must be seen as less a weapon for restricting freedom of speech, and more as an essential tool to keep our government, our society, and our lives in community running as smoothly as possible.  Without it, the very freedoms we all cherish are in jeopardy.

We’ve got a lot going on in this country and around the world.  There are a lot of problems to be addressed.  Let’s do what we can to do it together – civilly. 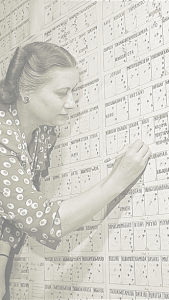 This week’s posts highlight online reactions to Weber Shandwick and Powell Tate’s 2013 study, Civility in America. Conducted in conjunction with KRC Research, it gauges the American public’s attitudes toward civility and self-reported experiences with incivility in a variety of areas of American society and daily life. It measures something of the sentiment among Americans that we suffer from a civility problem, and that it is likely to get worse.

A detailed summary of the study’s findings may be found here [PDF].

Meanwhile, if you have an article that you think would be right for future civility linkblogging posts, please do not hesitate to email it to us at [email protected]. Include the title, url, and a short summary, and we will gladly review it for publication.

In my tradition we try to be conscientious not only of our own behavior but to encourage others to be socially conscious. It is a reciprocal relationship in which each member helps the other become better.

In secular terms I suppose we are speaking about civility, which is the opposite of cannibalism.

However, recently it seems to me the cannibals are gaining ground.

Local Councils Are Not Fiefdoms
Posted by Dermod Travis at The Castlegar Source, August 5, 2013

In his new book, The Importance of Being Civil: The Struggle for Political Decency, McGill University professor John A. Hall explains that civility is the glue that holds society together.

In an interview with the Globe and Mail, Hall went on to explain that: “Talking is crucial because, if you talk, you make people more reasonable. Civility on the part of government is absolutely vital.”

Hall’s book should be required reading for local councils and every candidate before next year’s local elections.

Civility in America continues to disintegrate and rude behavior is becoming the “new normal,” according to a new national survey. Reports of personal infringements are on the rise, driving 70 percent of Americans to believe that incivility has reached crisis proportions. With Americans encountering incivility more than twice a day, on average, and 43 percent expecting to experience incivility in the next 24 hours, dealing with incivility has become a way of life for many.

Civility in America – Getting from Problems to Solutions
Posted at The Mom Pledge Blog, August 7, 2013

I recently shared a few alarming results from the 2013 Civility In America Study and detailed an example of a missed opportunity to make a difference. Today, I want to delve deeper into what the research shows.

It’s not shocking, to me anyway. I have long been aware we have a pervasive culture of incivility in America. This latest study reveals how widespread the problem is. Incivility has essentially become a way of life in America.

The kind of civility that is recognized all over the world as basic dignity — the freedom to speak and associate, to choose one’s leaders, to live without fearing a regime’s security services — is not on Mr. Castro’s mind. His regime continues to threaten and persecute those who dare challenge its legitimacy.