Does civility matter? Yes it does.

In 2001, Dr. Bertie Simmons came out of retirement to become the principal of Houston’s Furr High school when no one else wanted to take the reigns. Six years later, concerned that gangs were ready to take over the school, Simmons called on us at the Institute and asked if we would take some of her students to Washington D.C. It might help, she thought, for them to learn about politics, and citizenship, and investment in public service.

We did, and we became one part of a series of events that changed students’ lives. In 2001, the school was dangerous. In 2007, it was only beginning to turn around. When we first walked into Furr High School, we were greeted with a physical altercation between a teacher and a student – with shoving, and yelling in the halls.

Today, walking down those same halls, the change is palpable. The students know that we are the folks who take groups to Washington D.C. But we aren’t the only ones who are treated with respect. Respect is the rule rather than the exception. And respect has led Furr High School to win a major award.

So what happened? Civility did.

Civility has been a theme threaded through Furr’s curriculum for years now. From their teachers in their classes, and every time we take a group to Washington D.C., students learn to claim their needs and listen past difference, to build consensus and even to speak with their elected representatives. Civility has become such a watchword at Furr that students now plan an annual “Civility in the Part” celebration at Herman Brown Park Pavilion.

You need only look at this short video to see what a dramatic effect civility has had on Furr High School.

The change is nothing if not a cause to celebrate building civility one person at a time, one community at a time, and one nation at a time. And with all our hearts, we would like to congratulate the students and teachers at Furr High School on winning the XQ: The Super School Project grant, which will bring $10 million over the next five years to reinvent what a high school can do. 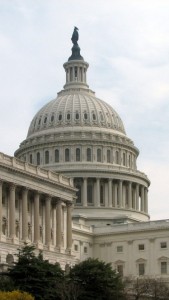