Friday, January 24, according to The Hill newspaper, the Republican National Committee formally renounced the “dragnet” surveillance program at the National Security Agency (NSA), and overwhelmingly approved a measure calling for lawmakers to end the program and create a special committee to investigate domestic surveillance efforts. 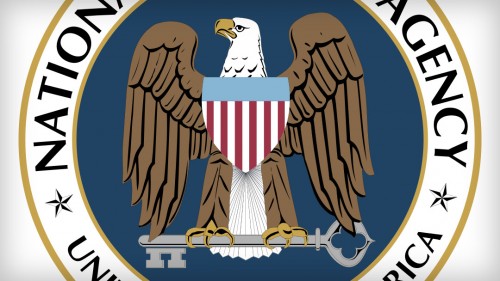 The NSA initiative in question — actually an array of programs designed to collect information about Internet users, including American citizens — was first revealed in May of 2013 in a series of articles by Glenn Greenwald in The Guardian and Barton Gellman in The Washington Post, based on information provided by former NSA contractor Edward Snowden.

The programs uncovered include the now well-known PRISM, in which the NSA worked with Internet content providers including Yahoo, Google, Apple, and Microsoft to collect material including search history, the content of emails, file transfers and live chats. They include efforts by the NSA to undermine Secure Socket Layer (SSL) encryption, the technology which, according to Reuters, protects millions of websites beginning in “Https”, including banks and other financial institutions. And they include a secret $10 million contract with RSA, one of the most influential firms in the computer security industry, to create a backdoor in their ubiquitous encryption products.

Previously, the most vocal opponents of the NSA surveillance programs have been organizations perceived to be at the liberal end of American politics, including the Electronic Frontier Foundation (EFF) and the American Civil Liberties Union (ACLU). Both organizations have supported legal challenges against the NSA.

Among conservatives, the most vocal opponent has previously been the libertarian-leaning Senator Rand Paul (Ky.).

But the Republican National Committee’s decision to condemn these programs suggests that they are an issue that may transcend political polarization in the United States. It suggests that this is one area where concerns about the intrusiveness of big government, and concerns about the preservation of civil liberties in the face of post-9/11 terrorism countermeasures, have created common cause across ideological lines.

As Senator Paul has written: these programs represent an astounding assault on the Constitution — a violation of the Bill of Rights and especially the Fourth Amendment. And the ACLU and the EFF agree.

The defense of NSA surveillance does not fall neatly along party lines, either. Representative Peter King, Republican from New York, has disagreed publicly with the Republican National Committee’s decision, telling Politico:

Republicans are supposed to be the party of national defense. It would be one thing if people wanted to pass legislation [posing] questions. But to talk about ‘spying’ and unconstitutionality … it’s basically repudiating the policies of the Republican Party over the last 12 years, policies that kept us safe.

While Senator Dianne Feinstein, Democrat from California and chair of the Senate Intelligence Committee, has said that the constitutionality of NSA surveillance programs is up to the courts. But that the collection of phone numbers, which can be run when a terrorist target in another country calls an American number, is something in my view which protects this country.

The fact that this is not a party-line debate is encouraging for the cause of civility. It demonstrates that activists and politicians on both sides of the aisle can put aside their differences to pursue those goals on which they can agree. But not only that. It demonstrates, too, that political parties are not monolithic — that there is room in the United States for political allies to disagree, yet still remain allies at the end of the day.

Potentially, the issue of NSA surveillance is a model for trans-partisan political debate. And perhaps it is one that might be fruitfully applied to other issues, too.