Most of us, if we think of logical fallacies at all, remember them as some obscure concept from a years-old college rhetoric class, or as a list of stern don’ts given to us by a finger-wagging high-school English teacher bent on instilling in us the ‘right’ way to write an essay. Avoid these things, perhaps someone once threatened, or your grades will surely suffer.

But the thing is that logical fallacies are not actually errors in writing. They aren’t like bad grammar or unclear prose. They are errors in thinking – missteps in making an argument that lead us down the wrong path and cause us to draw bad conclusions. 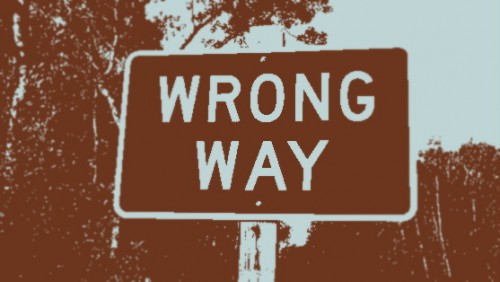 According to one definition, a logical fallacy occurs in an argument when the premises fail to logically support the conclusion. According to another, they are clearly defined error[s] in reasoning used to support or refute an argument, excluding simple unintended mistakes.

So what, you may ask, do logical fallacies have to do with civility? If you take as your premise (as we here at the Institute do) that civility is claiming and caring for one’s identity, needs and beliefs without degrading someone else’s in the process, then civility is in a sense a negotiation. You argue for what you need. I argue for what I need. And we meet somewhere in the middle – where neither of us gets everything we want, perhaps, but everybody gets something and all of us get respect.

To get trapped in a logical fallacy is to undermine that kind of civility. When we make bad arguments about why we want what we want, or when we make bad assumptions about why other members of our community want something different, we run the risk of disrespecting the other people with whom we are in dialog. We run the risk of dismissing others’ needs out of hand – or of overvaluing our own. And in doing so, we go from negotiation to hostage-taking. And all the civility runs out of the room.

So here below are four key logical fallacies to look out for. All of them are pernicious. All of them can undermine civility. And all of them (I say, and hope you don’t think I’m wagging my finger) should best be avoided.

Ad Hominem: This is the fallacy of attacking the author of an argument rather than the positions that they hold. It is probably the most common fallacy in American politics, and it is certainly the most pernicious. In 2008, for example, when a woman at a John McCain campaign event in Minnesota yelled out to the candidate that Obama is an Arab, that was an ad hominem attack. She meant it as an insult to Obama’s person, attacking him rather than the positions he stood for.

Ad hominem attacks undermine civility by making an argument personal. They suggest that because of who a person is (or who we perceive them to be), their positions don’t count and their voices don’t deserve to be heard. And by doing that, ad hominem attacks shut down communication.

Post Hoc, Ergo Propter Hoc: This is a fancy Latin name for a simple fallacy – the misconception that just because one event follows another, that first event is the cause of the second. It is the fallacy that tells us that because I touched a toad then got a wart, the toad must have caused the wart. Or it is the fallacy that tells us that just because there was a drop in crime when the state of Connecticut passed tougher gun laws in 2013, the gun laws caused the drop in crime. It’s possible that it is true, but without data to back it up, it’s simply bad reasoning.

The problem with this fallacy in terms of civility is that it can easily put us in the realm of misleading arguments. Should I support gun control based on a precedent that is no precedent at all? At best, post hoc, ergo propter hoc arguments undermine their proponents’ credibility. At worst, they are a convenient way to lie with data.

Hasty Generalization: This is the fallacy of jumping to conclusions without sufficient evidence. It is a matter of taking one or two instances of something and turning them into a trend. For example, if – just based on Rachel Dolezal – we argued that white people across the United States are trying to blur racial lines, or that they are regularly posing as black to gain some perceived advantage, that would be a hasty generalization fallacy. To see the error one needs only ask, as Jon Stewart asked: if being black is such a sweet deal, why are millions of white people ignoring such a sweet opportunity? The answer is because it is not in fact a trend.

The hasty generalization fallacy undermines civility because it leads us to draw poor conclusions about our own needs. It leads us to see problems where none necessarily exist. And by essentially crying wolf, we undermine our negotiating credibility.

Slippery Slope: This is the fallacy of assuming that just because we have taken one step down a given path, we are inextricably tied to that path. It is the alarmist fallacy that we see almost inevitably when a television talking head tells us that we’re doomed (doomed!). It is the fallacy, for example, that led some progressives to conclude in 2001 that just because the USA PATRIOT Act curtailed some civil liberties under some certain circumstances, the United States had undoubtedly boarded a slow train to fascism. The fact is that there is a wide gulf between even expanding surveillance programs and mid-twentieth century style totalitarian government. And taking just that first step does not necessarily mean we take the last.

Slippery slope arguments undermine civility specifically because of their alarmism. They tend to be born of fear, not due consideration. And like with the ad hominem attack, arguments from fear cut off communication rather than encouraging it.

The examples of logical fallacies here are perhaps a little heavy handed. If you look at the tenor of our public discourse, you’ll find these four – and probably many more – all over the place, and often lurking quietly and undetected. Beware. Logical fallacies can offer the comfortable illusion of a sound argument without any of its substance. And if our twin goals are civic engagement and mutual respect, that is a dangerous illusion indeed.