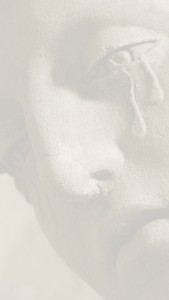 The most striking item in this week’s collection is probably linguist John McWhorter’s discussion of the pronoun ‘ze’ at CNN.com. There, he discusses the word in the context of the history of gender-neutral language, and he talks about why pronouns are such a difficult class of words to change. But most significantly, he talks about the necessity of gender-neutral pronouns as a civility issue: calling people what they want to be called, he tells us, is both a matter of courtesy and an affirmation that their voice counts, too.

As always, if you have an article that you think would be right for future civility linkblogging posts, please do not hesitate to email it to us at [email protected]. Include the title, url, and a short summary, and we will gladly review it for publication.

‘Please, Have Some Tea.’ For Refugees, Civility Before Danger.
Posted by Jeanne Carstensen at PRI.org, October 2, 2015

Yet they both insist on inviting me to tea. This detail — of hospitality offered in a moment of extremis — sticks with me. I had gone to the Basmane neighborhood with some trepidation. After all, it’s the center of human trafficking, as it’s called, the business of moving people illegally across borders. Looking around me I wondered who was who, who was a trafficker, or a middleman, or a refugee. But when I sat down to interview Asas and Nour and others with my microphone held close to their faces I quickly felt at ease.

I offered to pay for the tea but they would not accept. And when beggars came by our table, the refugees reached into their pockets for coins. No one was turned down.

Civility Counts in the Classroom
Posted by Summer Moore at at NWI.com, October 11, 2015

Think about kids. They are inherently civil because they are so curious. Why is the sky blue? Why does Jimmy have two dads? Why does that person live on the street?

They are yearning for answers and will take them from the person they deem the best authority. Most of the time that person is a parent or guardian, a teacher or caregiver.

We feel that we can reach kids when they are deciding how to interact with people that aren’t the same as them. We can show them that where you’re from and what you look like doesn’t have to mean we can’t respect each other.

Language changes with the times, and when it comes to our conceptions of gender, the times are most certainly changing.

We are opening up to the idea that binary conceptions of gender are unnecessarily rigid and don’t correspond to the self-image of a great many people, and even that people’s sense of their gender may not correspond to their biological sex. In this new world, a bland opposition between “he” and “she” seems increasingly antique, and even insulting, to many. …

Now, I would hope that pronouns like “ze” would not be imposed with the knuckle-rapping and contemptuous indignation with which the Billy and I rule has been promulgated. However, there is room for presenting “ze” as a matter not of fashion, but of basic civility — people must think of new pronouns as the proper thing to do, not as a stunt.

Searching for Civility After a Campus’s Annus Horribilis
Posted by Mary Beth Mathews at The Christian Century, October 14, 2015

Directly related to speaking up inside the classroom is my second goal: to build empathy among my students, one class session at a time. That can take the form of free-flowing discussions about current events, but it can also be accomplished by asking students to list and expand on the motivating factors at work in American history and religion. Students will almost always condemn anti-Semitism, for example. But they are better able to see how hatred is constructed and used for oppression after they critically examine the confluence of events that led to Henry Ford’s interest in the fabricated Protocols of the Elders of Zion.

Once they understand the background of such hate speech, it becomes easier for them to identify with the victims of hatred, oppression, and ridicule. Then they can more easily recognize similar biases in society today.

We Found Civility on the ‘Lord of the Flies’ of MMO Servers
Posted by Leif Johnson at Motherboard, October 15, 2015

In fact, a month in, a good number of players seem to live by an ad-hoc code, which contrasts sharply with reports of mass slayings at the spawn-in points for new characters during the game’s launch last month. Now that the novelty of killing newbie players where they spawn has worn off, there’s a touch of civility mingled in with the chaos.

I once saw a roving band of high-level players in the lawless zones as I attempted a run from one bank to another with a fairly low-level hero, only to watch them pass within combat distance without so much as glancing at me.

“Cheers,” one said as they trotted by, leaving me thankful for the mercy.