This week, the Institute for Civility in Government is holding two Congressional Student Forums: one will be today (Monday, April 21) on the campus of the University of Missouri, Kansas City; and the other will be tomorrow (Tuesday April 22) at the University of Texas, San Antonio.

For those who do not know, Congressional Student Forums are hour-and-a-half programs featuring two U.S. Representatives, one Republican and one Democrat, who dialogue (not debate!) about current issues. In this format, it is the university students who set the agenda through their questions to the members of Congress, allowing them a particularly empowering opportunity to interact directly with their elected officials.

The Institute has been holding Congressional Student Forums since 1999, and has worked with more than a dozen members of Congress to offer students an up-close understanding of the governing process that also models civility. 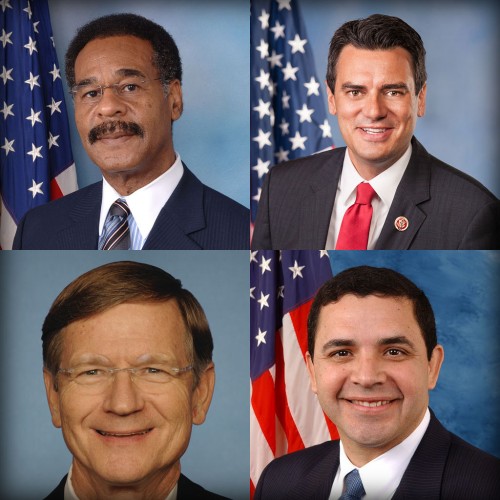 This week, the Congressional Student Forum at the University of Missouri, Kansas City will consist of a conversation between Representatives Emanuel Cleaver and Kevin Yoder. Cleaver, who is a United Methodist Pastor, has represented Missouri’s 5th District since 2005. Yoder has represented Kansas’s 3rd District since 2011. Both congressional districts include Kansas City itself.

Congressional Student Forums are free of charge for students, and usually not open to the public.